The Left and/or Never-Trumpers have called for the impeachment and/or incarceration of President Trump for his alleged incitement of a riot on Capitol Hill in Washington, D.C on January 6, 2021. They have gone the way of Keith Olbermann. Last year, around the time Amy Coney Barrett was confirmed to the Supreme Court (Sept.-Oct. 2020), he said 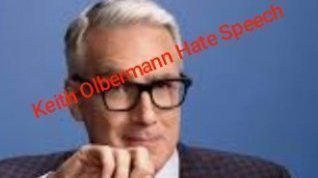 [Trump] and his enablers and his supporters and his collaborators and the Mike Lees and the William Bars and the Sean Hannitys and the Mike Pences and the Rudy Giulianis and the Kyle Rittenhouses and the Amy Coney Barretts must be prosecuted and convicted and removed from our society while we try to rebuild it and to rebuild the world Trump has nearly destroyed by turning it over to a virus. Remember it even as we dream of a return to reality and safety and the country for which our Forefathers died that the fight is not just to win an election but to win it by enough to chase at least for a moment Trump and the Maggots off the stage and then try to clean up what they left.

(This led to a petition on change dot org against Olbermann for inciting violence here.)

Mr. Olbermann de-personified Trump enablers (Maggots = MAGA supporters), among whom I count myself since I think Trump is better than any radical Democratic candidate. He called for the arbitrary arrest of approximately half of the U.S. voting population. (Hello, Marxist countries!)

Tech giants Google (Alphabet), Facebook, Apple, and Amazon have already placed into virtual jail Parler, the neutral/libertarian alternative to Leftist Twitter. Twitter and Facebook both banned Trump from their platforms. Financial institutions have banned anything associated with Trump.

According to the House Resolution for Trump’s second impeachment, the President incited the violence at the Capitol building on Jan. 6. However, at the rally, Trump explicitly said that everyone should “peacefully” protest. He said that he won the 2020 presidential race by a landslide; the protest was titled “Stop the Steal.” This does not in itself incite violence. The GA Governor was supposedly told to commit fraud and was threatened by the president. This did not incite violence on the capitol. Telling the protestors to “march on the capitol” and “fight” is general political speech that is well known to mean to stand up for your rights and protest along with persuading peacefully.

Further, Trump’s tweets were not incendiary. Calling people patriots and asking them to fight for their rights is not inciting violence. 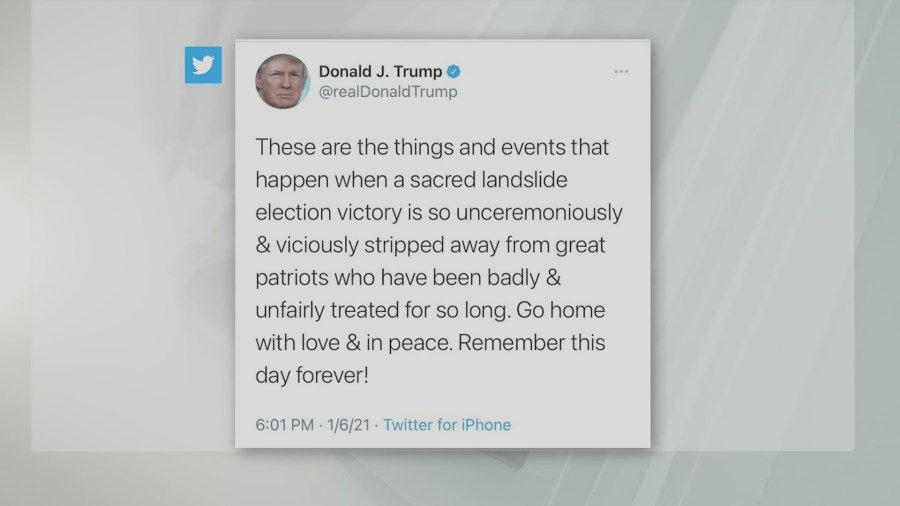 What it really comes down to is that the protestors are responsible for their actions. Many protestors attempted to stop the destruction and vandalism of the Capitol by other protestors (or Antifa?).

During Obama’s reign, he was accused of inspiring BLM protestors to shoot police for being police.

However, Sharpton, Obama, and Sanders are still outstanding examples of citizenry to Big Tech and the Left. Their speech was not construed out of context to be inciting violence. They were not banned from society and threatened to be jailed as Olbermann demanded of Trump.

What it comes down to is the double standard that is applied to the Left, Right, and those that support either side. Social Media and the Legacy Media have made the double standard worse by withholding information that negatively effects the Left and exaggerating the information that negatively effects the Right and Trump. Plus, dividing and raising the temperature of political discourse helps their bottom line to the detriment of the entire country they have a responsibility to serve.

I pray that the cancel culture, unhinged rhetoric, and biased interpretation of the Left and/or Never-Trumpers are deescalated so that more widespread violence is not inspired, if not cause a Civil War. China and Russia would be pleased if that happened.