You may have heard of the Great Reset of the World Economic Forum (WEF), its Leader Klaus Schwab's plan to re-imagine capitalism, i.e., bring about world communism. The outline of the plan is on their website for all to see (and in an entire Time magazine issue, among many other main-stream publications). This is not a conspiracy theory; it's a conspiracy.

The video of other main parts of the plan was scrubbed from their website which included lovely goals such as, "You will own nothing, and you will be happy," and "A handful of countries will dominate." (See more info here.)

All this reminds me of Star Trek, specifically, Captain Picard's explanation of the Star Trek utopian future to Lily in the movie First Contact. 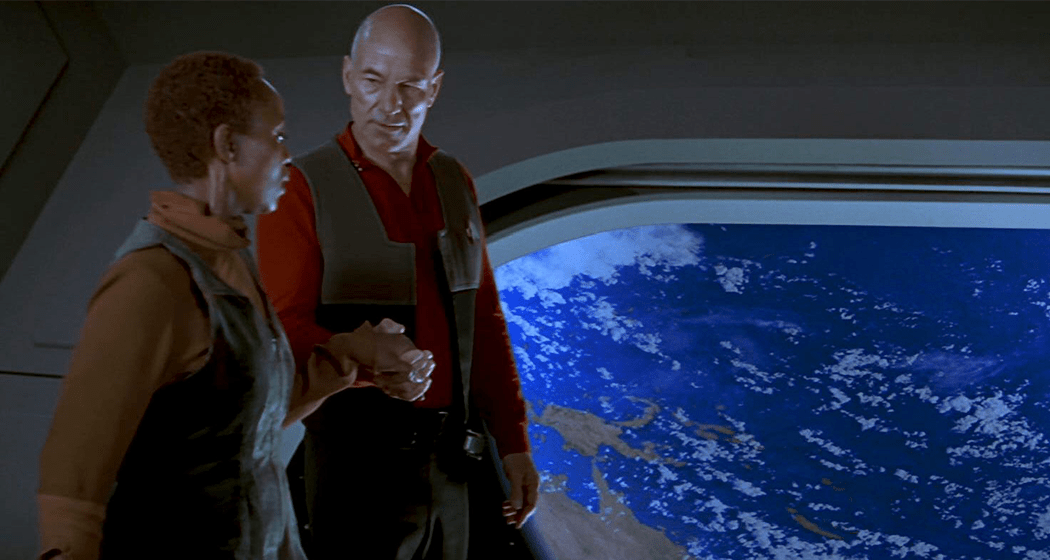 There is no money in the Trek universe (except for some of the backward worlds). Technology has freed us from slavery-in-the-pursuit-of-frivolous-trivialities. He also made it clear that all planets in the Federation of Planets are one-world governments (it is a requirement for entry into the Federation).

The visionary creator of Star Trek was an Atheist. Everyone knew it. He wrote episodes mocking belief in God left and right in the original series (TOS) and the Next Generation (TNG) series.

He would love this development of the world elites in business and government if he were living. He died during the production of TNG, I believe.

On a side note, I plan to read Comrade Schwab's book COVID-19: The Great Reset when I can get a free copy (I don't want to give him more of my money than I have to).